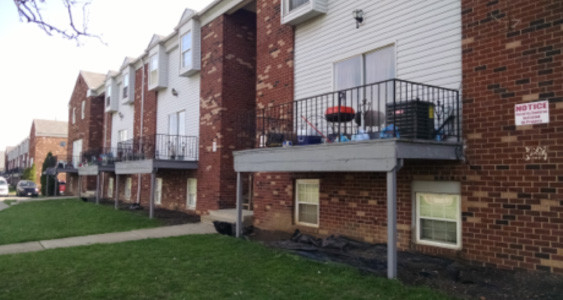 The journey toward my first real estate investment began only a few months after attending the multifamily weekend in August 2014.

At the April 2015 group meeting I saw one of the guys I met at the multifamily weekend. He became a coaching client of the real estate group and things were going well. We chatted about a deal he was putting together and met another day for coffee.

During this meeting we discussed various aspects of the deal. It is a 48 unit C class multifamily property in Columbus, Ohio. At the time the owners were two absentee guys from out of state. Their capital budget for the property was nonexistent, resulting in a lot of deferred maintenance. The property manager was doing his best keep on top of the issues using the cash flow from the rent but it wasn’t enough. The building had below market rents, vacancies, and tenant issues.

The lack of strategy and leadership from the owners left plenty of opportunity to improve the building. If we improved management and came in with a capital budget we would be able to raise rents, cut expenses, and increase occupancy. This would ultimately increase the price of the building through forced appreciation.

I was familiar with the Columbus, Ohio area after spending 6 weeks there on an audit that winter. The city has a diverse job market with job and population growth. The building is also in a great location. It is located about 15 minutes away from Columbus and right near a major interstate highway. Right across the street there is a shopping center – making this a great location for those employees to live.

Later on I brought the deal to the attention of my parent’s and went over the details. The numbers, location, and opportunity made sense. Both my parent’s and I made an investment in the property, which closed in August 2015.

One of the interesting this about it all was that my parent’s were able to make the investment using funds from their self-directed IRA.

The sponsor of the deal agreed to give me the inside track into the management of the project. This included phone calls with the property manager, access to the monthly financial reports, webinars, and more.

It wasn’t long before the the renovation and management overhaul were under way. The first few months were bumpy but soon enough things came together. In less than a year the building was renovated, rents were increased, and the building was cash flowing positive. The property had already hit targets that weren’t projected until year three.

In less than a year into the deal, the property has reached the projected targets and the building is ready to go to market. After the final disposition of the property, I will shed some more light on the numbers.

However, if all the investors agree, we may be rolling the money received on sale right into another property using a 1031 exchange.

Income Statement vs Balance Sheet Affluence – Which Type of Affluence Do you Want?
July 19, 2018

The Road to Syndication: How I Participated in My First Multifamily Syndication by the Age of 26
June 10, 2018

How I Got Involved In Real Estate Investing
August 2, 2016
Contact Me

Linkedin page opens in new window
Go to Top
Share this ArticleLike this article? Email it to a friend!
Email sent!